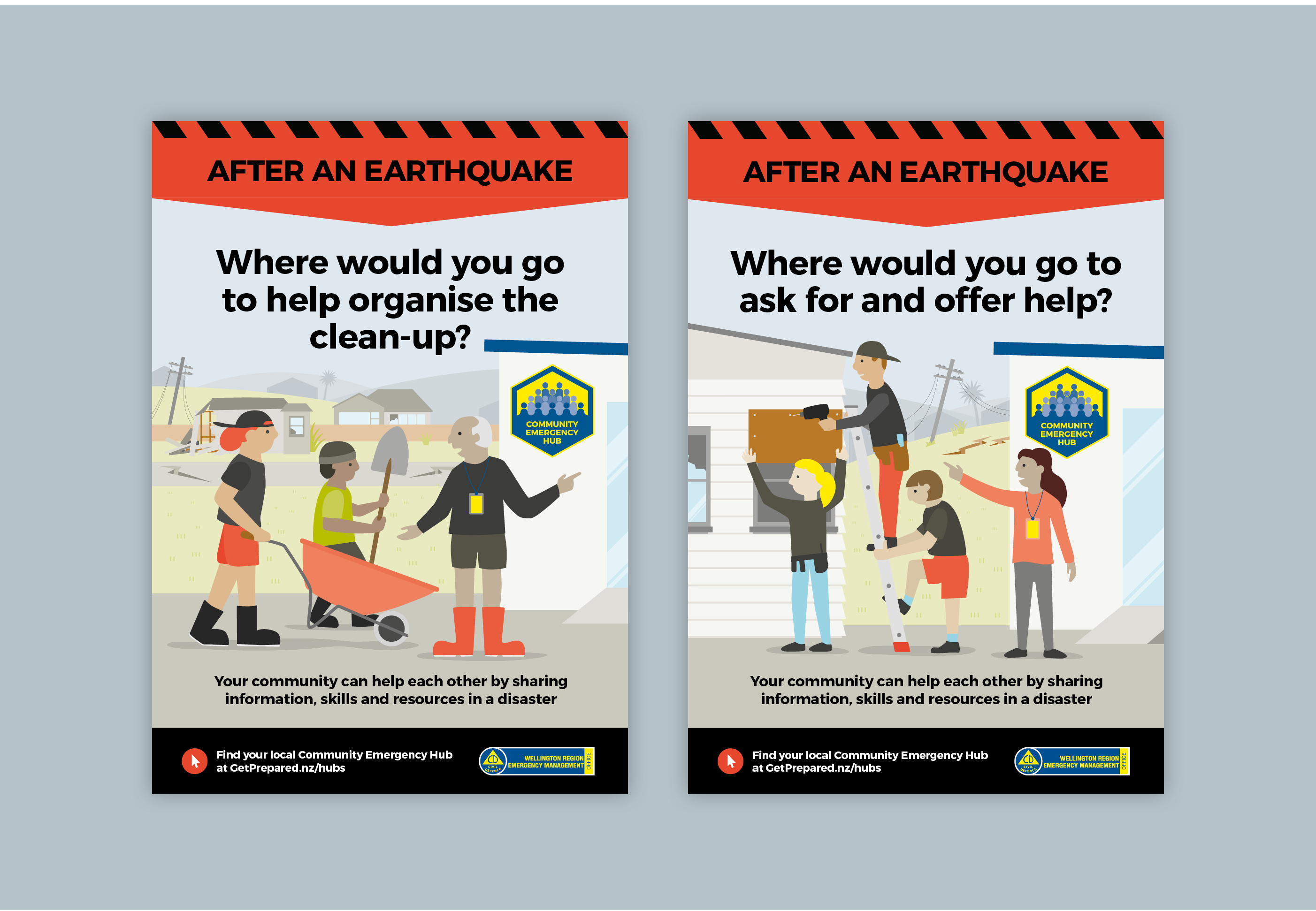 WREMO asked us to put together a region-wide campaign to spread awareness of Community Emergency Hubs and encourage people to find out where their closest Hub is.

Community Emergency Hubs are a meeting point for a communities during an emergency response, a place to come together and support each other, find out information if the phone network is down, and help with the local clean up. They are opened for the community, by the community. Formerly known as Civil Defence centres, their new name is not widely known and the role of Hubs after a disaster is not well understood.

The campaign was visually tied to the Earthquake Planning Guide for Households, to maintain a consistent WREMO voice. 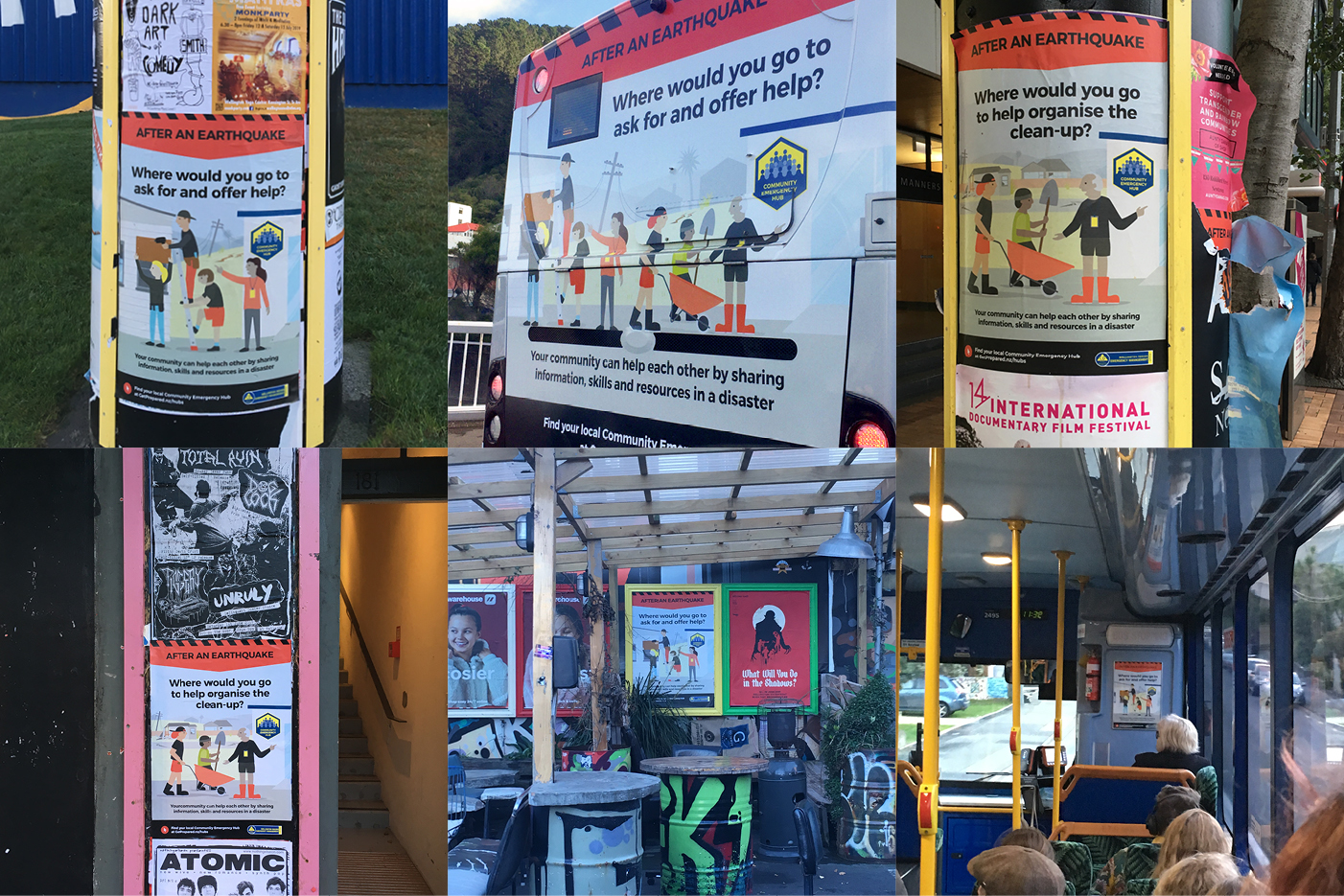 Online, a series of short animations supplemented these messages, and were shared on social media.

The campaign was a success, with a marked increase in visitors to the hubs website GetPrepared.co.nz/hubs and people requesting information about hubs in their neighbourhood. 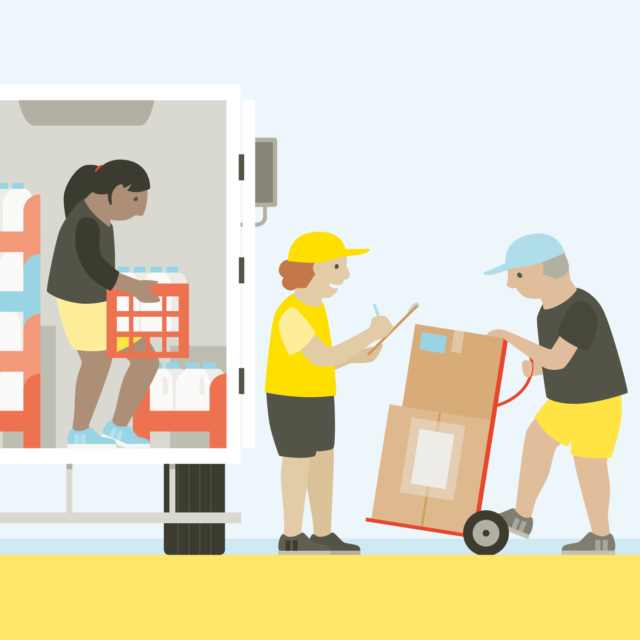 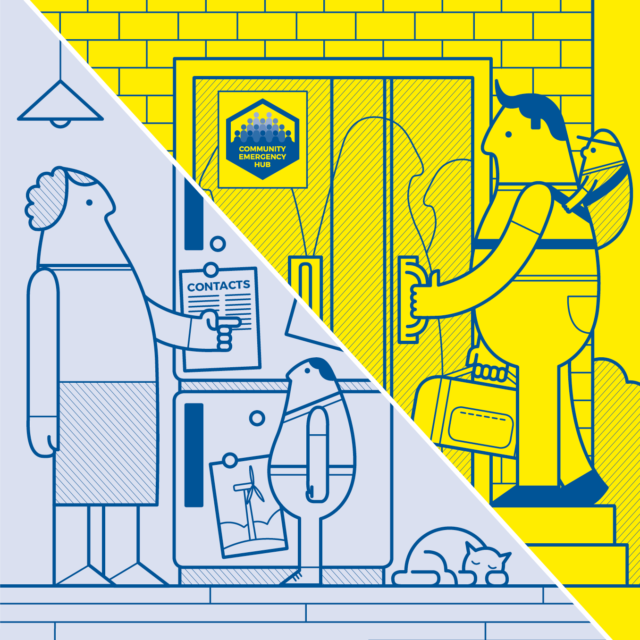